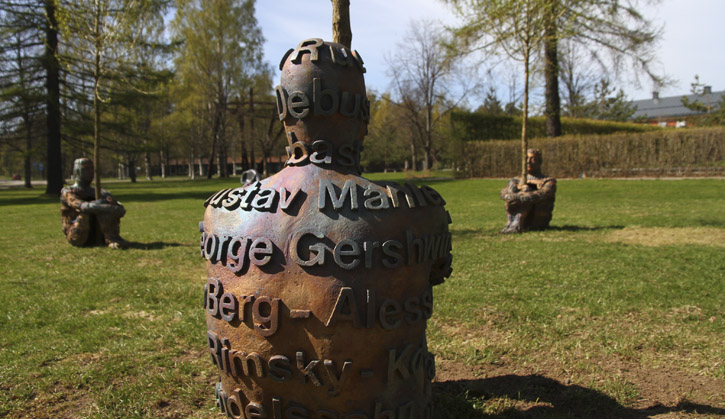 Umedalen Skulpturpark is one of Europe’s most prominent sculpture parks, located in Umeå, in the Umedalen area. Umedalen was built in the 1930s as a mental hospital area, but was phased out and sold by Västerbotten County Council in 1987 to real estate company Balticgruppen.

Balticgruppen chose to transform and develop the old health care institution to a modern and attractive area for living and working. As part of its ambition to change the connotation of the area’s charged name – leading many Swedes to think of mental illness – Baltic created the art project Umedalen Skulptur in collaboration with Galleri Andersson/Sandström; the gallery to be responsible for the artistic content and Balticgruppen for funding the project.

The first exhibition was held in the summer of 1994 and became a huge success, which meant a continued series of summer exhibitions each year until the millennium. From the year 2000, Umedalen Skulptur was turned into a biennale, and was held every second year up to 2012.

Thanks to the art project Umedalen Skulptur, the Umedalen park today is one of the county’s main tourist attractions with over 20,000 visitors each summer. What makes Umedalen Skulptur unique is above all the artwork in the collection. The work of the prominent sculptors which forms the collection is usually presented to visitors in highly guarded international museum and biennials contexts, not as part of a park which also gives space to kindergartens, libraries, pharmacies and northern pines.